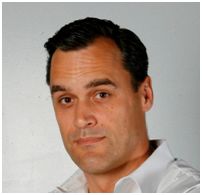 Dan Gardner is a journalist, author, and lecturer who enjoys nothing so much as writing about himself in the third person. Trained in law (LL.B., Osgoode Hall Law School, Class of ’92) and history (M.A., York University, ’95), Dan first worked as a political staffer to a prominent politician. In 1997, he joined the editorial board of the Ottawa Citizen. His writing has won or been nominated for most major prizes in Canadian journalism, including the National Newspaper Award, the Michener Award, the Canadian Association of Journalists award, the Amnesty International Canada Media Award for reporting on human rights, and a long list of other awards, particularly in the field of criminal justice and law.

He is the author of two texts that include: Risk: The Science and Politics of Fear, and Future Babble. Published in 11 countries and 7 languages, Risk was a bestseller in the United Kingdom and Canada. Psychology is fundamentally about how people perceive, think, decide, and communicate – and modern research shows that much of what people assume to be true about these basic processes is, in fact, wrong. The success of Risk led Dan to develop a series of lectures that expose and correct those assumptions, helping people think, decide, organize, and communicate better. Dan is also Panelist on CTV’s Question Period. He lives in Ottawa, Canada, with three young children and one exhausted wife.